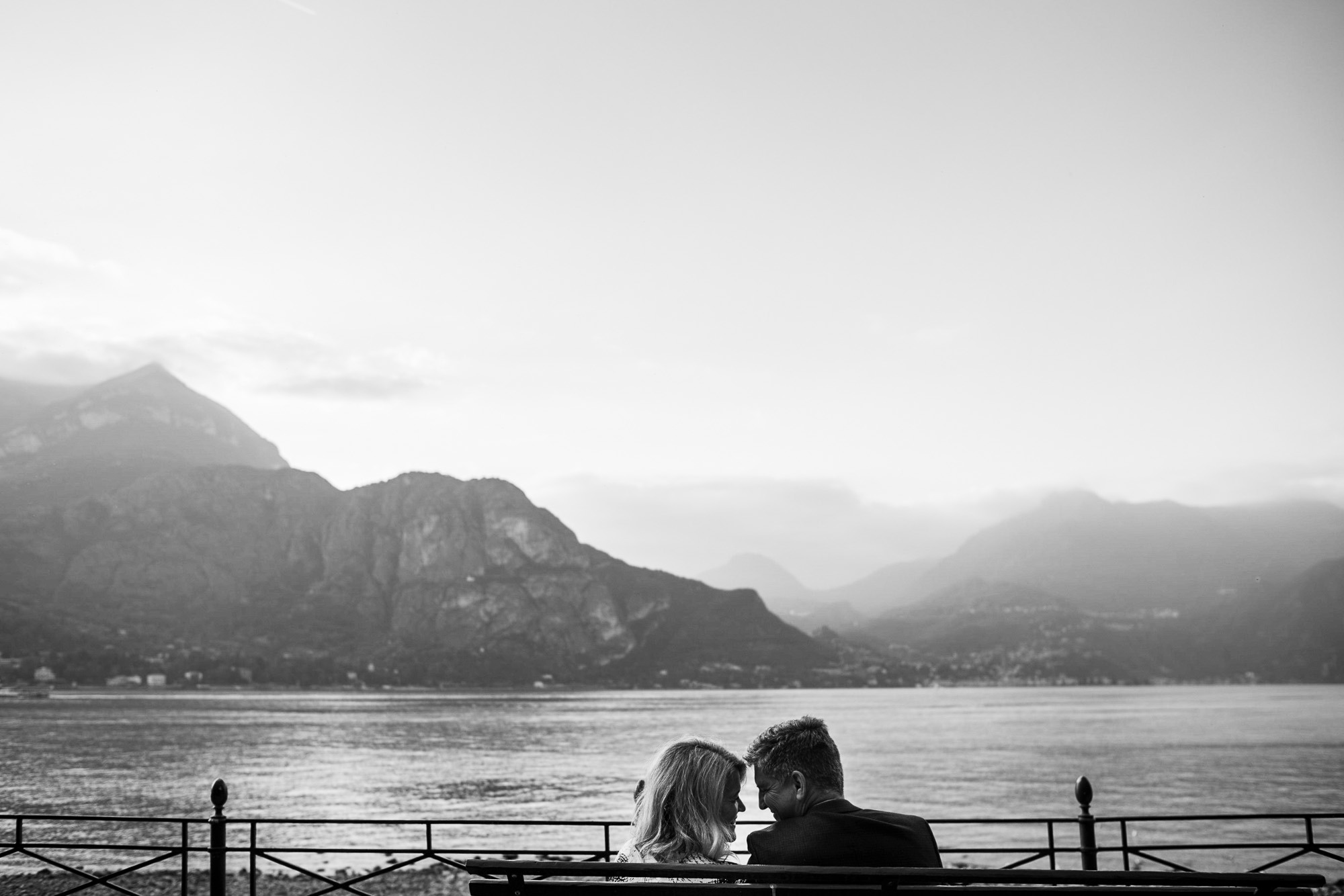 20 years ago Lake Como began to become popular for couples from all over the world as a place for their destination wedding.

And just 20 years ago, two pioneers of destination weddings in Italy flew to Bellagio for a ceremony overlooking the lake.

Here are some shots taken directly from the album that Lisa sent me just recently. I wasn’t the photographer, at the time maybe I was learning the trade.

Time goes by, life goes fast. In love like the first day they wrote to me because they have decided to come back to the same Grand Hotel Villa Serbelloni to celebrate their anniversary.

We took some shots in the hotel garden, passing through all the places of their memories.

The ceremony overlooking the lake, the bench at the end of the park.

The manager of the hotel, he was there at the time and prepared for them a surprise.

He found out the 20 years old reception menu from the computer.
They were left speechless.

I believe that Lake Como has brought them luck.

Here are some shots of this anniversary on Lake Como.

I’d love to hear about you, your story and how your dream wedding looks.
Get in touch with me via phone or email.

Let's get in touch